Liscio’s Bakery selected Lighthouse Architecture to help them with their company’s growth from a large local bread bakery into a regional food processor with a new plant built to international manufacturing standards.

The company outgrew their 35,000 square foot facility and purchased a new 105,000 facility to accommodate its growth. The larger facility, originally built in 1970 as a plastics manufacturing facility, had later been converted by ADM for cocoa bean milling. The project called for the plant to be gutted to a shell, modified to accommodate Liscio’s delivery needs, construction of office space and a world class food processing plant that produces their name brand bread.

The finished project met the client’s target date of being operational in time for the 2015 holiday season using a staggered strategy. A fourth bread production line was added to the new building while the company continued operating the three existing lines at their original facility. As the project was completed at the new facility, each of the existing lines were relocated to the new plant.

Peter Porretta of Lighthouse Architecture worked very efficiently with us on a phased in approach to renovating a newly purchased, yet antiquated plant from the facility we had outgrown.

His designs accommodated all of our needs and he collaborated with the entire project to keep us on critical production schedule.

He was knowledgeable of the structural work that needed to be done, supportive of the reconstruction team and was a pleasure to work with throughout the transition to a facility, which was three times the size of our original plant.

We met our target date of operations and Pete played a large role in that success.

For more information about our services, please fill out the fields and we will respond promptly. 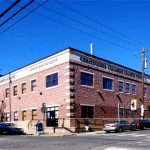 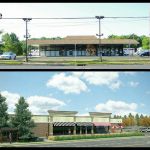